Kool Aid packets are all vegan! Which is awesome because they come in a variety of fun flavors. Kool Aid drink powder was invented all the way back in 1927. That’s what gives this vegan buttercream it’s tropical punch flavor.

They originally had 6 flavors: Cherry, Grape, Lemon-Lime, Orange, Raspberry, And Strawberry. Today you can get many different kinds. Many flavors for vegan frosting recipes!

So I’m making a vanilla cake to be frosted by this buttercream. Buttercream frosting is a type of frosting that is thick and creamy. It’s made to be filling and coating. Buttercream is also great for piping.

Make sure your vegetable shortening is room temperature before making the frosting. Once refrigerated it will harden some. Try blending again after refrigeration for extra thick and creamy Vegan Fruit punch buttercream frosting.

However you will want your cake to be fully chilled and your frosting be room temperature before adding kool aid buttercream frosting.

In a large mixing bowl add the vegetable shortening. Next Use an electric mixer to break up shortening. Then Add powdered sugar to the frosting one cup at a time. 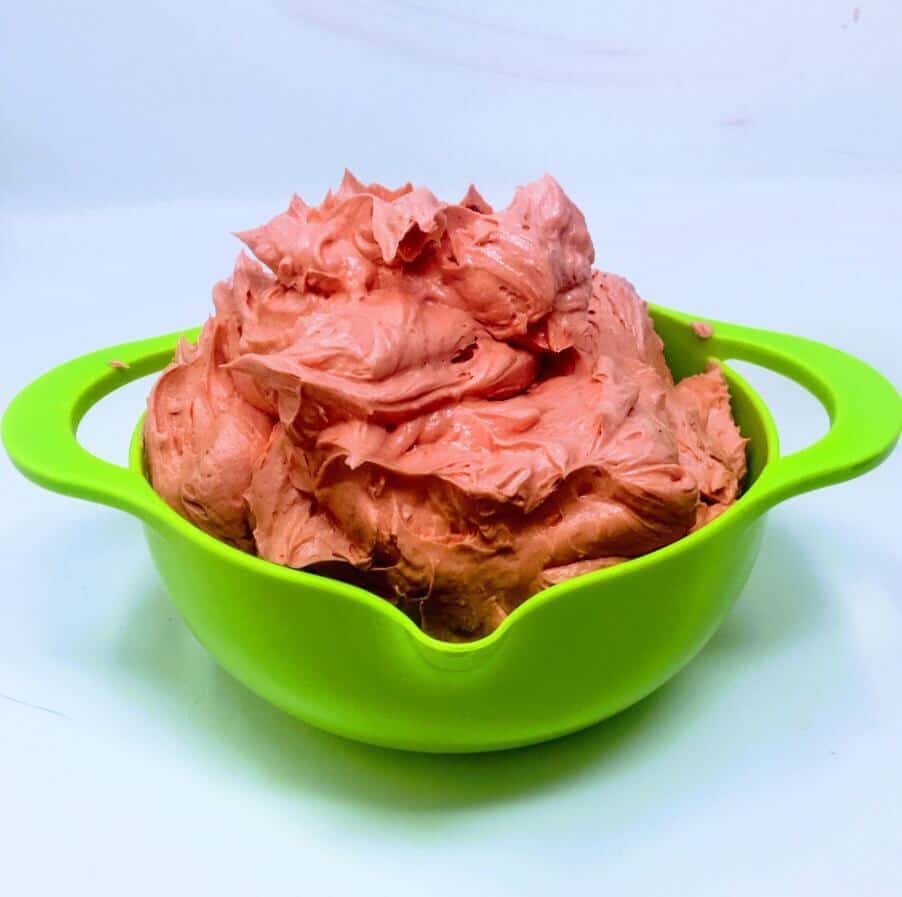 This recipe is so easy and fun!

Thank you for reading my easy vegan frosting recipe! Share with your friends if you like it!

OR BUY IT ON AMAZON